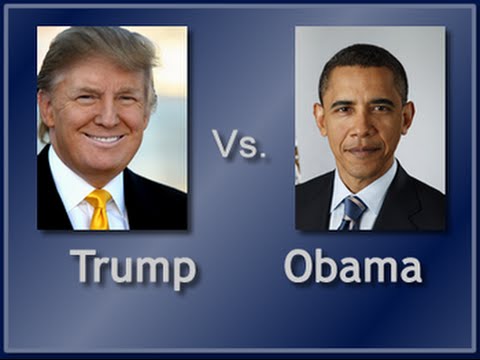 Let’s get ready to rumble! This is the Twitter War of two political social media icons: President Donald Trump (@realDonaldTrump)vs. President Barack Obama (@BarackObama). They both use social media effectively. The looming question is: Who did it better? No matter what side of the aisle on which you reside, I want all politicians to realize “there is POWER in those tweets!”

This blog post is not Democratic or Republican. It is not left or right. This Twitter War analyzes the strategies, tactics and techniques used to communicate a message. We will examine Twitter, but this same analysis could be done with Snapchat, YouTube or Facebook. Twitter is a robust communication tool for businesses, brands and politicians to communicate with clients, customers and constituents. Contenders are tested on the four c’s of social media: content, creativity, consistency and commitment. Now let’s see who wins this Twitter War: The Donald or No Drama Obama.

Donald Trump won this Twitter war. President Obama was a pioneer in using social media. However, President Trump discovered found his voice and built a narrative that resonates with many Americans. How will future politicians use social media to communicate with constituents? Which platforms will they use? Millennials drive more of the conversation to the digital realm. Let us know if we can help you.