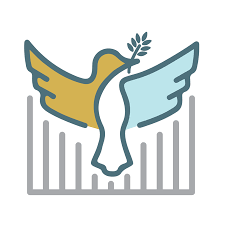 I had the privilege of interviewing Pastor Bernie Haddad, Executive Director of Mercy Unleashed. I talked with her about her journey into executive leadership and things that have had an impact on that journey.

Pastor Haddad’s leadership knowledge began with starting a computer consulting company with her husband 25 years ago, where she taught consumers how to properly use the internet in its early stages of development. At the same time, she was active in her home life while homeschooling her children.

After her time as a computer consultant, she went on to become a Wesleyan pastor directly through the church. From there, she became a pastor at a home church and began her journey in ministry. After a few years at the church, her visions of the church and ministry experienced a major change and she was called to create Mercy Unleashed.

Mercy Unleashed was founded in January of 2019 with the purpose of “reaching  Christian men and women who are incarcerated, and equip them through discipleship training and ongoing spiritual formation.” This comes in the form of physical prison ministries, podcasts, conferences, and relationship management initiatives for those being released back into society.

Data shows that of the 600,000 people that are released from a prison in a year, 37% of re-offenders do so within six months. Similarly, 67% of them do so within three years. However, there is a 60% drop in recidivism with faith-based communities provided inside of prisons and continually present to people upon re-entry of society. Mercy Unleashed is built on the factuality of the latter statistic. They search for how we as Christians can be a light to the people inside of prisons that are looking for a deeper meaning for their lives. As a whole, the organization looks to allow them to learn about the love of Christ. As they become our neighbors, coworkers, and supervisors, they look to teach them the moral lessons that come with a new faith.

Lessons from Journey to Executive Leadership

The lessons Pastor Haddad learned in her journey to executive leadership were derived from trial and error, delegation and trust. Pastor Haddad said being a not-for-profit organization, they had to try many different things to receive donations and funding for their projects. She expressed that the most important thing was they continued to try even after many things did not work. On delegation, she recounts the story of Moses in Exodus. One where his father-in-law advises him about all that he is doing on his one and to promote capable men to take over parts of his work. She emphasizes the lesson in this story, that one person can only do so much.

This lesson also ties into the concept of trust as she explained the principle of allowing others to see your vision and allowing them to make it better with their expertise. She also expressed the vitality of understanding that the vision can’t be centered around you. To make your vision come to life, you are going to need other people’s help.

There were two phrases that Pastor Haddad coined as the most memorable lessons and experiences from her journey. The first one was “Any aspect of control is an illusion.” This means that we, as people, think we know everything about who we are and what we are doing. This is not the case. There is a peace that comes from recognizing God has His hand in on all things and we are in His will. Learning this lesson allowed her to have a better understanding of our purpose on earth and how to live as children of the Lord.

The last phrase was “You don’t know what you don’t know.” There are things that we all will have to learn and improve on. It is important that we are open to learning new things. At the same time, we have to be open to others sharing their knowledge with us.

Advice to the Younger Generation

As a younger employee, Pastor Haddad said she could have realized that submission in itself was okay. She explained this by confirming the thoughts of the previously stated phrases. In whatever God calls us to do, we all have more that we have to learn and grow into. We have to be open to mentorship and collaboration with other people. Gaining knowledge, however, does not complete the journey. We must concurrently develop skills and be comfortable with ourselves.

Pastor Haddad advises younger employees to prepare for the future before engaging in it. “It’s okay to change the world, but learn about the world first.”, Pastor Haddad. She also advises making a conscious effort to learn as much as you can about the problem first and subsequently build your plan around that. Finally, she explained the significance of gathering people you trust and share your same vision. She expounded by saying to make a change, it is vital to earning the trust of the people around you because the relationships you build will prove to be valuable resources later in life.