Making Hashtags Work for You 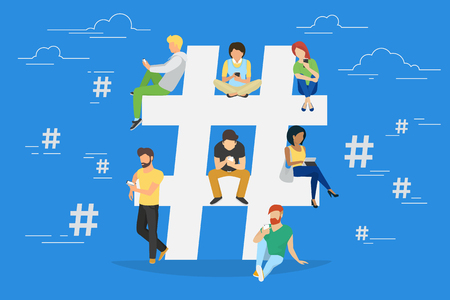 The BIGGEST question I get during my social media bootcamps is, “What is a hashtag?” And they want to know the quick hashtag success tips. It’s understandable. Millennials throw the term around like it’s a baseball during spring training. Hashtags are everywhere! We see them on Instagram, Twitter, Facebook and LinkedIn. We even see them on the evening news, movies and billboards.

Businesses using social media need to know what a hashtag is, and they need to have a hashtag strategy. It is simply a word or phrase used to describe a topic or theme. Hashtags are characterized by the “pound symbol (#)” we see on phones. There is a hashtag etiquette that businesses and brands should use before they start using them on all of their posts, comments and tweets. To build engagement, impressions and followers, here are five hashtag success tips.

Apply these hashtag success tips to your favorite social media platforms, but they are mostly applied to Twitter, Facebook and Instagram. Businesses and brands use hashtags to monitor trends in their industry, track competitive activity and build engagement. They are not just for millennials, but they are also for millionaires. Churches use them for capital campaigns. Schools use them for school safety. How are you using them.