5 Reasons the iPhone is Dying 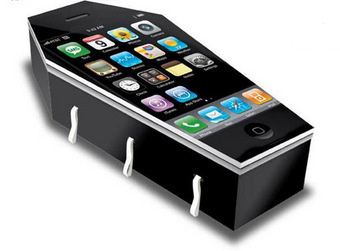 The iPhone is dying. The Samsung Galaxy is dying. LG is Dying. The mobile phone market is struggling with innovation these days. I get it! Innovation is hard. When was the last time we saw REAL change in the automotive industry? The minivan and sport utility market changed transportation slightly, but cars still have 4 wheels and an engine (gas, electric or hybrid). Consumers demand drastic changes and growth in the smart phone market without them blowing up (Thank you Galaxy Note).

Consumers are merciless. We want hyper-innovation two times a year (iPhone 6 Plus and iPhone 6S Plus). No other industry exerts this level of improvement on the manufacturer. What if Ford was challenged with releasing 2 new models of Explorer twice a year – with each subsequent model making the driver desire it more. Jony Ive saying (in a British accent), “This is the best Explorer we’ve ever made. It is milled entirely from a rare element only found in a small village in Tibet.” Apple and Samsung’s biggest challenge is they can’t slow down. They MUST meet consumer demands or lose valuable market share. The iPhone is dying, and we are killing it. How has Apple responded?

The iPhone is Dying…of Apps

I love my iPhone 7 Plus, and I will be buying the next model. However, the iPhone has been out for 10 years, and it faces innovation challenges it did not in 2007. Apple, Samsung, Microsoft and Google are pressured to imagine, innovate and improve at speeds far exceeding Moore’s Law. The iPhone is dying, and only Apple can save it.